I have a co-worker that likes to move my phone on me when I walk away from my desk. If I leave it sitting by my keyboard, when I come back, it’s hidden in a stack of folders. When he sees me coming down the hall toward our suite door, he stands behind it and makes faces at me through the glass, joke-threatening to block me from getting in. He uses my desk and forgets to raise the chair back up after he uses it and then leaves his various belongings all over it. This would likely drive anyone else insane, and I did have to remind him that hiding my personal belongings on me wasn’t cool, but it doesn’t bother me much. This co-worker is one of my former students, and he has a disability.

Every summer, we offer a handful of students an internship opportunity. We only have a few to give out and they only go to the students we know can handle them and be successful at them. Last year, there was an internship offered at our office. We had the perfect student in mind. He was eager to learn and eager to help. He jumped right into it, too. He was always off doing any odd job that was asked of him. The best part was that whenever anyone needed help with anything, he was always just two steps behind them ready to lend a hand. He was doing great, he was learning a lot, he was loved by everyone, he was going to have to leave soon.

When the internship started winding down, several people came to me and asked if he really had to go.

Can’t we keep him a few more months?

I’m really going to miss him. He’s so sweet.

I really wish he could stay long term.

I was really proud of him. He was overcoming some difficulties due to his disability and making friends and learning new skills he could use when doing what he really liked to do – work with his hands.

Luckily, we were able to offer him a full time position. He just recently received his one year work anniversary certificate.

Despite his disability, he does a fantastic job working with us. It makes me think of all the people with disabilities who don’t get the chance to prove they’re good workers though. There are a lot of them. Some disabilities are obvious and easily seen in a wheelchair or braces and some are hidden under a physically capable body. All are worthy of being given the dignity of taking a risk. Any person with a disability can offer something. My student is proof, and not just him, but the other students who have wowed their supervisors at their internships and have been able to wow employers since.

The title of my column is called “Abilities Matter” for a reason. Some of my students might not be able do extremely complex jobs but let’s be honest – neither can I. Math makes my eyes cross. History escapes me. I’ll leave the science to my husband. Despite all of that, I can help people, I can write, and if you ever need something crafty done, I’m your girl. I’m a perfectionist, a decent cook, and you’ve never seen someone wrap a more perfect present than me. I know which part of the brain controls which process, the names of psychological theories, and the magic behind the color wheel. My abilities are what matter and the things I can’t do don’t matter. The same goes for my students and for anyone with a disability. They have things they do well and those are the things that matter. Any person with a disability not given the chance to prove themselves like everyone else is a person whose specific skill set is wasted. That is definitely a shame. I’m proud to be part of the reason my former student has become one of the most popular people in my office. You can’t beat that. 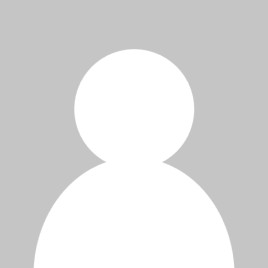 Jacquie Miller graduated from Fredonia State University in Fredonia, NY with a bachelor’s degree in Psychology and Sociology.

After she graduated, she worked with New York state department of labor for two years before relocating to Houston.

She is dedicated to advocating for teens with disabilities

This site uses Akismet to reduce spam. Learn how your comment data is processed.

Eating, sleeping, breathing, just vibing throughout Houston. Providing a constant flow of good stories and highlighting the writers who tell them.